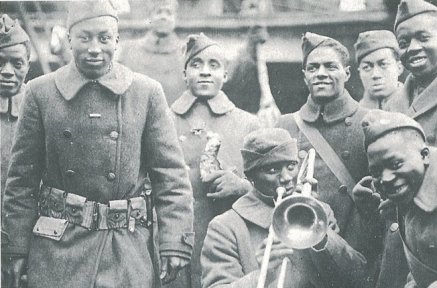 The US 369th Infantry Regiment, better known by their nickname “Harlem Hellfighters,” were one of the most successful units in the American Expeditionary Force of the First World War. Among the first units in the US armed forces to have black officers in addition to its all black enlisted corps, the 369th compiled quite an impressive war record. Formed in New York in 1913 and dispatched to France in late 1917, the Hellfighters rejuvenated depleted French troops, never lost a foot of ground or had a man taken prisoner. For service in the First World War, 171 members of the 369th were awarded the Legion of Honour and many Distinguished Service Crosses. For exceptional bravery, the Hellfighters were also awarded the prestigious Croix de Guerre, the first Americans to achieve what is France’s highest military honour.

Originally overlooked in America, the Hellfighters received more recognition on the home front for their musical qualities but their military service began a change of attitude. At the end of the war, the 369th returned to New York City and paraded through the city where thousands, of all races, lined the streets to celebrate their achievements.

The regimental band under leadership of James R Europe took France by storm, introducing the new and exciting rhythms of jazz to the continent, spurring Paris in particular on its continued love of jazz music. The 369th Regiment’s band were highly regarded and relied upon to boost morale for all Allied troops, which can be the difference between a battle being won or lost.

On this tour, follow the 369th through the musical streets of Paris and onto the front line, where they spent 191 days in combat, longer than any other American unit. On the battlefield, focus on the areas northeast of Paris including Belleau Wood, Chateau Thierry and the Meuse-Argonne where these brave soldiers fought in the trenches alongside French regiments. This area is a popular tourist destination, in the heart of Champagne Country, so we have the opportunity for a sample!

This one-of-a-kind tour is a partnership between Special Group Tours, which specializes in small group touring of fascinating destinations and themes in the UK and Europe, and Walking The Spirit Tours, the pioneers of Black heritage tourism in Paris and France. 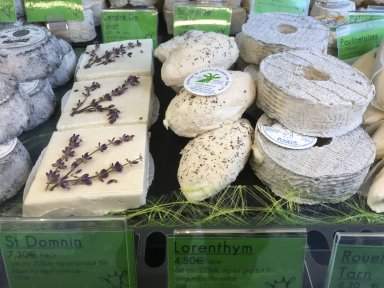 This magical tour offers a variety of sightseeing – magnificent historical cities often dominated by powerful hilltop fortresses, miles of vineyards, mountainous scenery, art from prehistory, colorfully fragrant gardens, an amazing array of architectural styles, ancient ports, distinct cultures and naturally – this is France, after all – some wonderful food and fine wines. Our route will take us via two famed grape growing areas to experience excellent gastronomic delights. Along the way we can fill our ears with the sounds of jazz music and delve into the larger than life personality of Josephine Baker, one of France’s First Ladies, as we loosely follow her trail from Paris to the Dordogne and beyond. 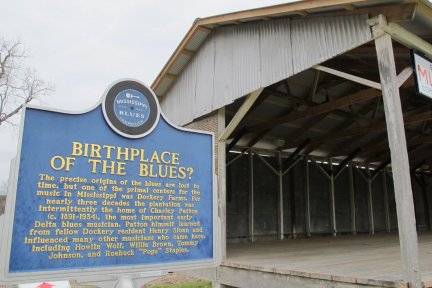 It is not possible to walk through New Orleans' French Quarter without a musical rhythm in your step. The city drips with its unique and vibrant swirl of French, African and American cultures, evident in the food, rich music scene and friendliness of the locals.

Mississippi is a unique intersection of history, culture and the arts. In the Delta, blues is a way of life that touches everyone. So ingrained is blues music here that it permeates every particle of Delta dirt. As the B.B. King Museum states on its website, "From the cotton fields, street corners and juke joints...considered by many to be the only truly indigenous American music, this form that has influenced musicians worldwide is deeply rooted in Delta soil." You don't just hear the blues, somehow it’s something you can see, taste, touch and certainly one can feel it down to your bones.

Mississippi was a crucial battleground in the American Civil Rights Movement. The Freedom Trail was created to commemorate Mississippi’s role in the fight for Civil Rights, to appreciate those brave individuals that fought for justice and equality for all. Although some of the darker aspects of the state’s past are brought to light, the trail is in place to foster hope and promise for a brighter tomorrow. To date, markers have been placed in honor of Fannie Lou Hamer, Medgar Evers and other pioneers as well as pivotal locations such as Bryant’s Grocery, where young Emmett Till's whistle initiated his murder, an event which most consider the catalyst of the modern Civil Rights Movement.

Memphis is the cradle of the blues, soul and rock n' roll but also a centre for gospel, funk, jazz and r&b. The bright lights of Beale Street and the promise of stardom have lured musicians since the early 1900s and the traditional continues - from WC Handy to B.B. King and Elvis to Stax and the voices of the Civil Rights Movement through today. The city is also a place of pilgrimage on the Freedom Trail, particularly the Lorraine Motel where the world lost the great Dr King. In Memphis, all threads weave together into a rich fabric of cultural history. 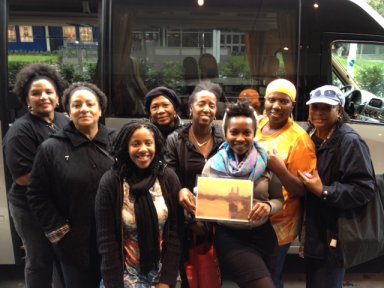 Join Walking The Spirit Tours, the original Black Paris Heritage tours since 1994. You’ll love the versatility, blend Black heritage with delightful discovery of the city and regions. Your experience can be as boundless as your curiosity and time!

Join us for ONE, TWO or ALL THREE of our special neighborhood walking tours. Not only will you gain valuable insight into African-American expatriate and Diaspora life but get an up close look at what makes these streets buzz.

Come stand in the same doorway James Baldwin crossed, or browse the market the Beboppers shopped. You’ll also get to peek in the café where Richard Wright jotted his notes, study the landscape that inspired Lois Mailou Jones‘ paintings, stand beneath the marquee where the Harlem Hellfighters first jazzed up Paris, and stroll Josephine Baker‘s and Bricktop‘s neighborhood. 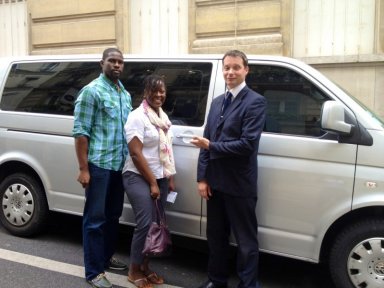 Groups of any size appreciate the convenience and scope of our private Spirit of Black Paris bus tours. Take in the full 200 years of history in a half day: Sally Hemings and the Harlem Hellfighters on the Champs Elysées, W.E.B. Dubois at the Opera, Josephine Baker and Bricktop in the shadow of the Moulin Rouge. Several opportunities to disembark for photos. Includes hotel pickup.

Choose a full 5-hr combo walking/bus tour or a 3.5 hour bus tour that includes a ½ hour stroll in Paris. Options for traveling BEYOND Paris too – experience Nice, Monaco & the French Rivera, Normandy, the Champagne region, Nantes and Josephine Baker’s chateau near the stunning Bordeaux region.

ATTENTION SCHOOLS/UNIVERSITIES: Turn textbooks into reality! Our knowledge of Black and French history and our engaging storytelling skills makes our tours appealing to students of all ages. We work closely with teachers and professors to meet the needs and complement course syllabi, as well as provide printed material.

Private tours cost is based on how many in your party & duration of your private tour. Please contact us for a specific rate quote. 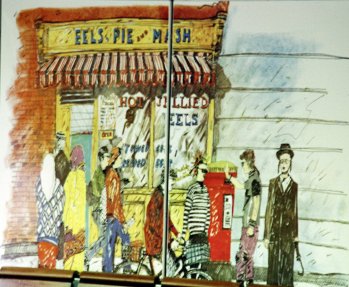 London is one of the world's most ethnically diverse cities, with over 300 languages spoken daily! Your guide can offer an overview of several different neighborhoods, each offering a unique atmosphere, heritage, some historical highlights and opportunities to sample local ethnic street foods. Many interesting corners of the capital are seldom visited by the average tourist, who unfortunately do not know where to uncover London’s hidden gems. 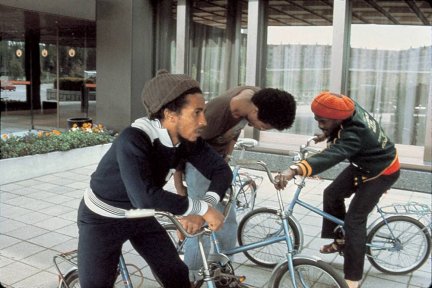 Experience the vibrant and culturally rich neighbourhood Notting Hill​, where many immigrants from the Carribean settled in the 40s and 50s. Learn of the area's the tumultuous past now transitioned into celebration with the annual Notting Hill Carnival, the backdrop for our journey following the life of Bob Marley. Also touch on other musical connections here, including Jimi Hendrix, Pink Floyd, The Clash, Island Records/Sarm recording studios and more.

We call this our Classic Rock Legends tour because it covers sites and locations relevant to the history of so many 60s, 70s and 80s artists in the elite neighbourhoods of Chelsea, Kensington, Holland Park, Notting Hill Gate, St John’s Wood, Marylebone and the West End.

London is the Capital City of Rock and Popular Music. In no other city will you find so much rock heritage in such a concentrated area – its been a magnet for rockers from Liverpool to Los Angeles, Manchester to Melbourne, Stockholm to Sao Paulo, Dublin to Detroit and Trenchtown to Toronto. From the 1950s to the current day, musicians, singers, producers, bands, lyricists and writers have come to London to seek, or expand their fame and fortune  And in doing so, they leave a rich and growing legacy to be discovered and enjoyed: the recording studios where classic records have been made; stars homes, apartments and, alas, death sites; instantly recognisable film and video locations, and cityscapes captured forever on classic album covers; venues small and large; clubs and pubs; sites of famed drug busts; trashed hotels; management company offices; secret rehearsal sites; street names made famous through song lyrics; and boutiques and flea-markets where global fashion trends have started. Beatniks and Teddy Boys, Mods and Hippies, Punks and Rastas, Heavy Metal and Heart Throbs; this is a city of monumental rock landmarks where hardly a street is without a rock back-story!

You’ve found London’s original and founding rock tour company (since 1986). Let us share our passion with you: choose your itinerary from one of the many DAILY tours we run; half-day morning or afternoon or the full-day rock heritage tour, or choose one of our special band or genre tours. You’ll find full description for each tour on this site; just send an email to check the date and book. Whichever one you take, we’re looking forward to meeting our fellow rock fans.

Your record collection will never sound the same again: We will rock you!